Back to all news and events

06/25/2019 The Rehabilitation Institute of St. Louis, an affiliation of BJC HealthCare and Encompass Health 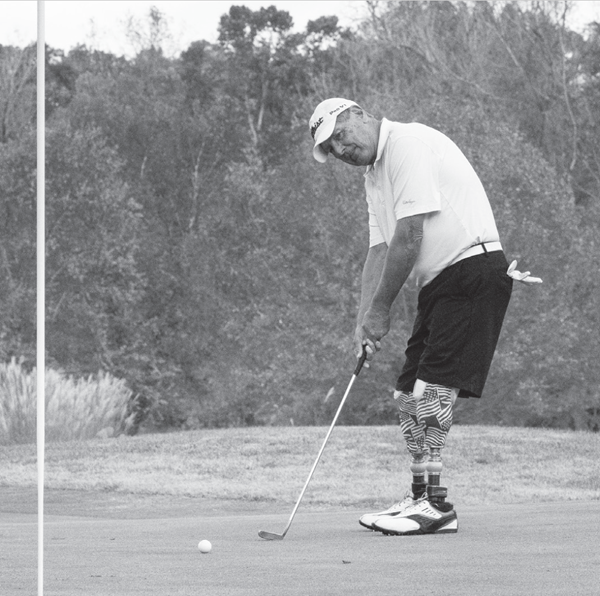 After a blood clot caused catastrophic damage to Hank Zabielski’s leg in 2004, he had little reservations regarding the amputation that ultimately followed. Nearly a year had been spent trying to save it when Hank made the call. “I told them I was ready to remove it,” Hank said. “I gladly and voluntarily gave it up.”

When history repeated itself in 2011—another blood clot, irreparable damage to his other leg—Hank wasn’t quite as eager for the amputation that needed to take place, knowing this one meant he would have to adapt to life with two prosthetic limbs. However, he underwent the second amputation, becoming a bilateral below-the-knee amputee.

After each amputation, Hank chose The Rehabilitation Institute of St. Louis, an affiliation of BJC HealthCare and Encompass Health, for rehabilitation and gait training to learn to navigate life on his new prosthetics.The gait training he received taught him to think about engaging muscles differently to relearn how to walk with a prosthetic. For months, he laughed, he recited a mantra of “squeeze” in his head with each step he took – a reminder to activate his glute muscles to move his legs.

That training was invaluable and is a large part of why you can find him back on the golf course – a sure sign of normalcy for him, Hank recalled.

Hank now spends much of his time as a mentor and has helped hundreds of amputees adapt to their new normal. The key, Hank said, starts with attitude. Though amputees have a great challenge ahead of them as they adapt to a new way of living, strong determination and the right motivation make all the difference in recovery.

“Is losing a limb unfortunate? Certainly. Is it the end of the world? It’s going to be if you let it,” Hank said. “In my way of thinking, being an amputee hasn’t impacted my life all that much. I just have to take my legs off to go to bed, and you don’t.”