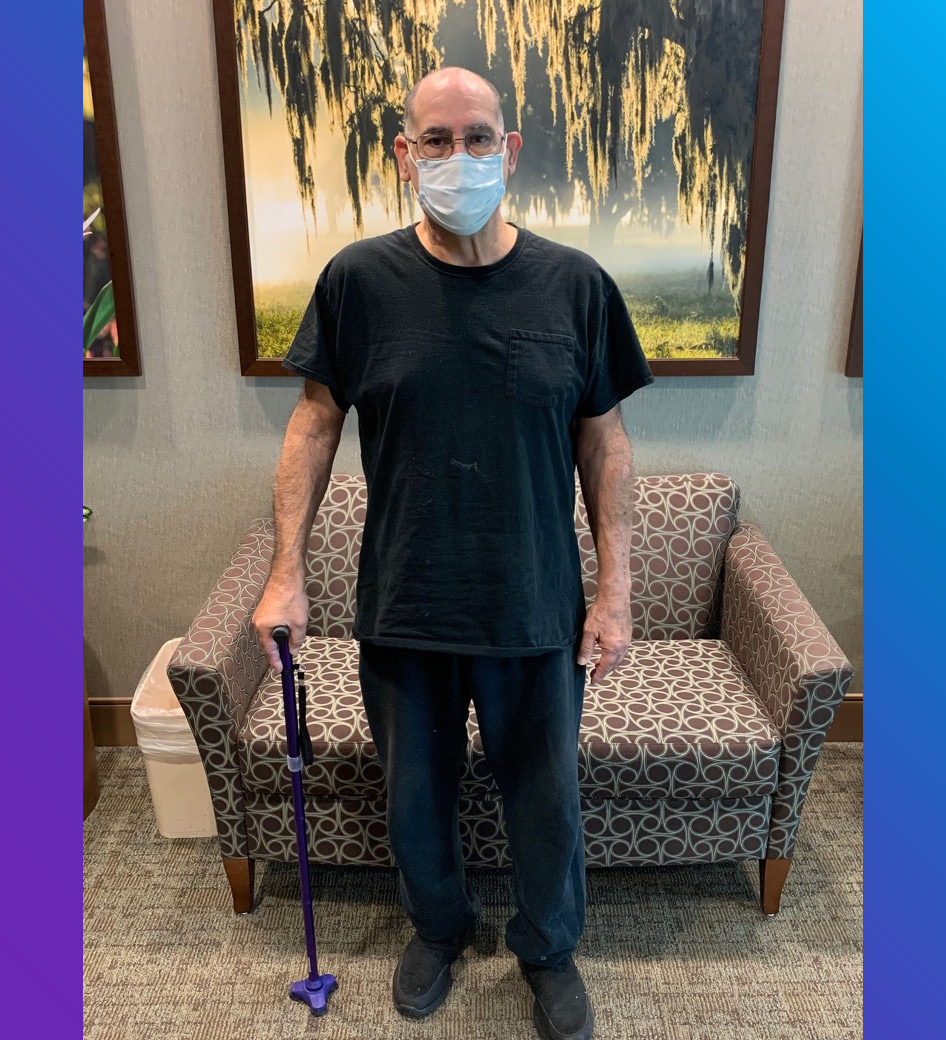 After suffering a stroke, Thomas Bologna, 64, had little hope that he would be able to return to his former life.

When he entered Encompass Health Rehabilitation Hospital of Ocala, he was skeptical that therapy could make a difference. He had Bells palsy, and the stroke left him extremely weak on the left side.

He needed assistance with what were once automatic tasks, such as walking, getting out of the bed and dressing himself. It was those basic tasks that he wanted to return to, so he could care for himself, as well as his beloved dog.

Though Thomas was skeptical that therapy could help him at first, his care team quickly changed his attitude.

“Encompass Ocala is top of the line and made me feel important,” he said. “I would recommend this place to anyone who is in need of therapy, and I want to send out a special thank you to Andrea, Stephanie, and Ex for all of their help and their wonderful spirit.”

During his two weeks at Encompass Health Ocala, Thomas participated in extensive physical and occupational therapy that focused on improving his strength, balance, gait and mobility and activities of daily living.

He practiced using adaptive equipment for self-care and walking. His care team also used various neurodevelopment treatment approaches to aid in his recovery.

“He consistently gave 100% and smiled even when his therapy was challenging,” said Andrea, his physical therapist. “He never said no and was a true inspiration to others.”

By the time Thomas left Encompass Health Ocala, he was walking 220 feet with a walker and was independent with transfers.

“Mr. Bologna was a joy to work with, and he had a great sense of humor,” said Stephanie, his occupational therapist. “He loved telling stories from his past and had the best attitude.”

His change in attitude and extensive therapy helped him progress further than he thought possible after his stroke, and he is now back at home able to care for himself as well as his four-legged friend.