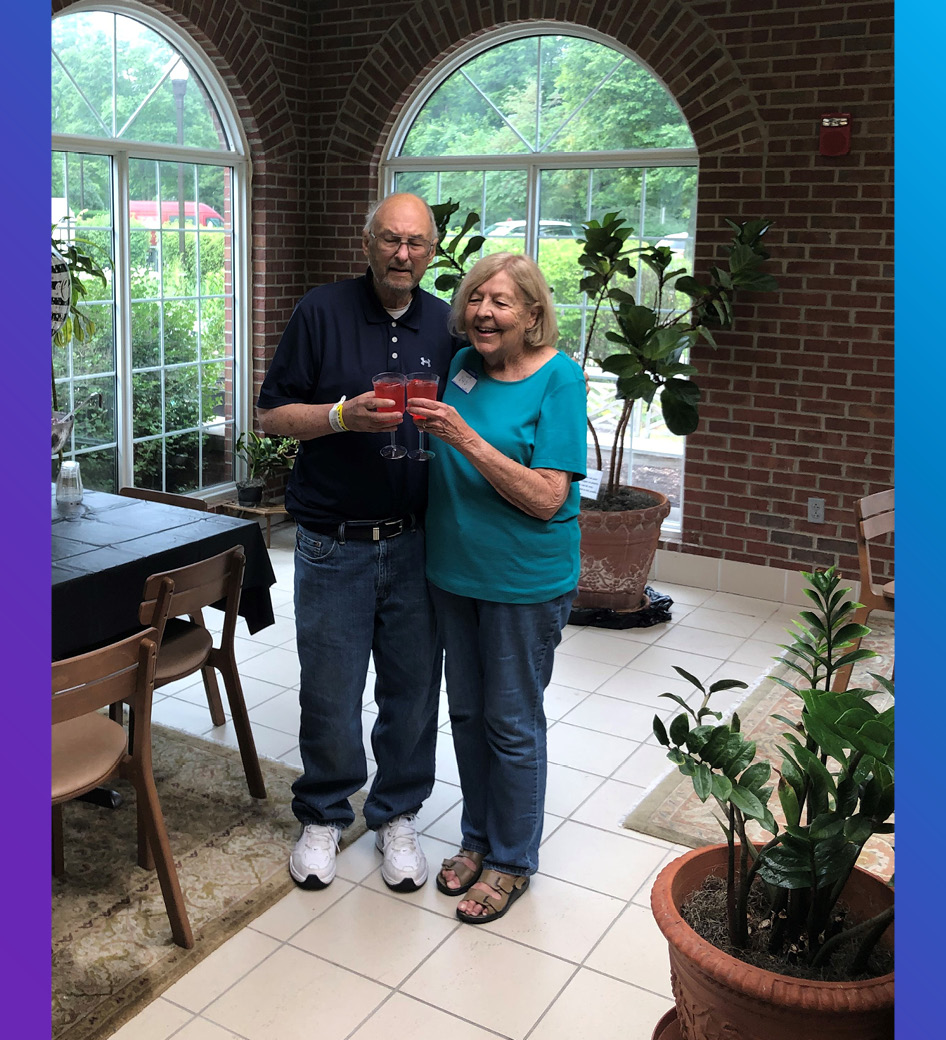 When Scott Reisinger was admitted to Cardinal Hill, he and his wife were concerned that they would not be able to celebrate their 50th anniversary this month. When they met 50 years ago, it was love at first sight and they were married within a few weeks. They have never been away from each other during any of their previous anniversaries, so Scott’s goal was to return home to his wife.

Scott was discharged in time for his anniversary, and his therapy team added that he was early to every session and eager to meet his goals.

“This place has been exceptionally great; I cannot say anything better,” Scott said. “Katherine has worked with me to reach my goals. Kara has been exceptional, and David has pushed me to get me where I am at today. I know I have more to do and I will push myself daily.”