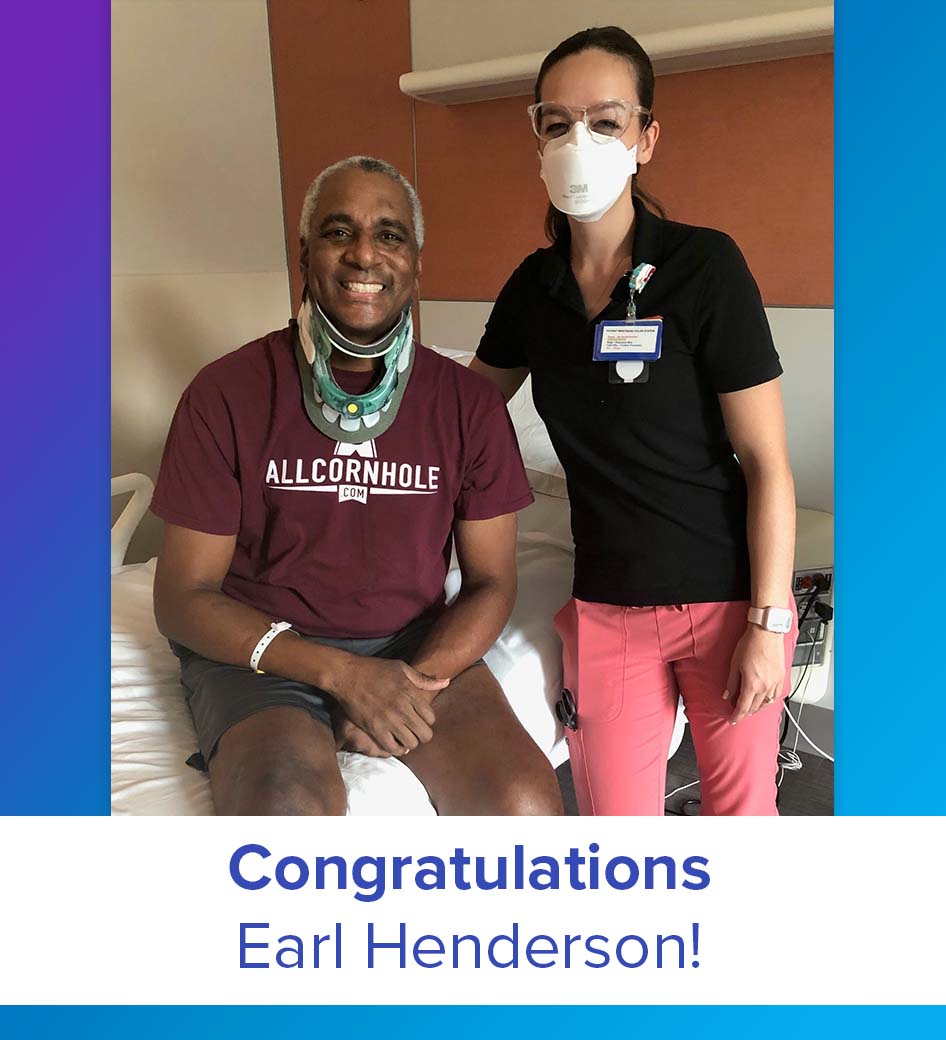 Earl was involved in a boat explosion while filling up gas. He was unconscious and woke up in the ambulance on the way to the hospital where he found out he had multiple fractures in his neck, back and his right ankle. Earl arrived to Encompass Health Henderson with both lower legs in casts and an aspen collar on his neck, unable to stand.

At the end of his stay, the only thing stopping him from his goal to stand and walk again are his casts that must remain on for a few more weeks. We're happy to share that Earl is independent and back to caring for himself.

The most inspiring part of Earl’s recovery was his positive attitude throughout his journey. He was known around the hospital for his cheeriness and brought a smile to many employees’ faces. Earl wants every person going through an injury or illness to never give up, and told his care team he is looking forward to getting back on his feet once his casts come off with the ultimate goal of returning to play corn hole with his friends and family.

Occupational therapist Amy Yun shared, “For Earl, collaboration during therapy was always key. Earl has a special way of problem solving through various situations and was always very appreciative of his therapy team listening to his perspective and then training him on safe techniques when learning to transfer without the use of his legs. Earl’s greatest strength was his positive attitude and determination to ‘Never give up!’ He has come a long way over the last four weeks, meeting all his goals in order to be able to return home again.”