What our patients are saying 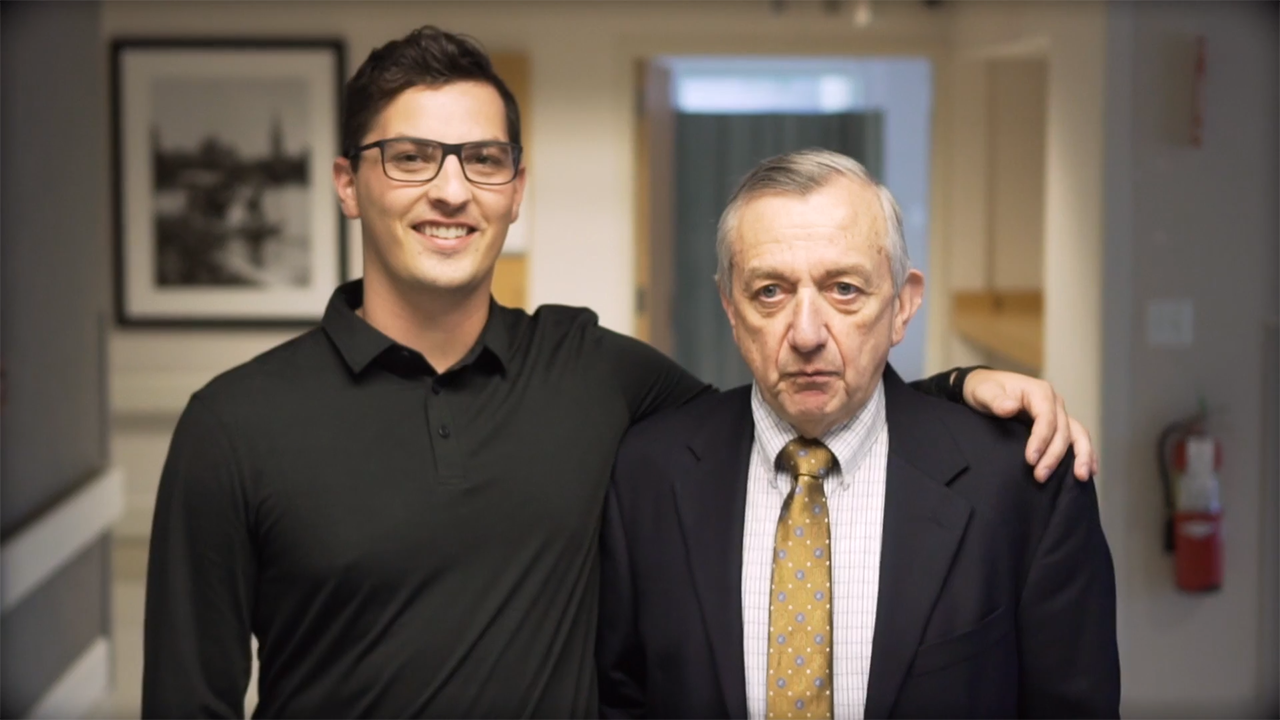 When Frank Ruggeri began rehabilitation at Encompass Health Rehabilitation Hospital of New England, he had a clear goal in mind. He wanted to walk unassisted, and he had to do it by July 13. Motivated and ready to work, Ruggeri told his therapy team that the date was non-negotiable, because on that Saturday in July, he was going to walk his daughter down the aisle.

Just months prior to his daughter’s big day, Ruggeri, 72 years old, had a bilateral cerebellar stroke involving articulation of language and coordination of movement. Following the stroke, Ruggeri experienced consistent tremors and severe balance impairments that limited his mobility and caused slurring of his speech.

“The American Heart Association/American Stroke Association guidelines in 2016 emphasize an interdisciplinary program in an acute rehabilitation facility over a skilled nursing facility for stroke patients who are capable of doing intensive therapy 15 hours a week,” Savitz said. “Speech therapists were working intensively on Frank’s speech deficits, swallowing and cognition while physical and occupational therapy were working together on strategies to improve his balance.”

The dedication of Ruggeri’s care team and his determination to reach his goals set Ruggeri up for success during his time in inpatient rehabilitation.

“Frank made an outstanding recovery,” Savitz said. “With intensive therapy and the patient’s motivation, he was able to overcome significant balance and language deficits to achieve his functional goals.”

After completing his inpatient stay, Ruggeri’s outpatient therapists continued working with him to prepare for his daughter’s big day. His team worked with him extensively on navigating the reception venue and standing for long periods for pictures. He delivered speeches during therapy sessions to practice for the speech he would make as father of the bride during the wedding reception.

When the wedding day arrived, the beaming father of the bride achieved his goals as he walked arm and arm with his daughter down the aisle.

“It was the happiest day of my life,” Ruggeri said. “I felt very prepared when the day came. I didn’t have to miss a beat of it.”