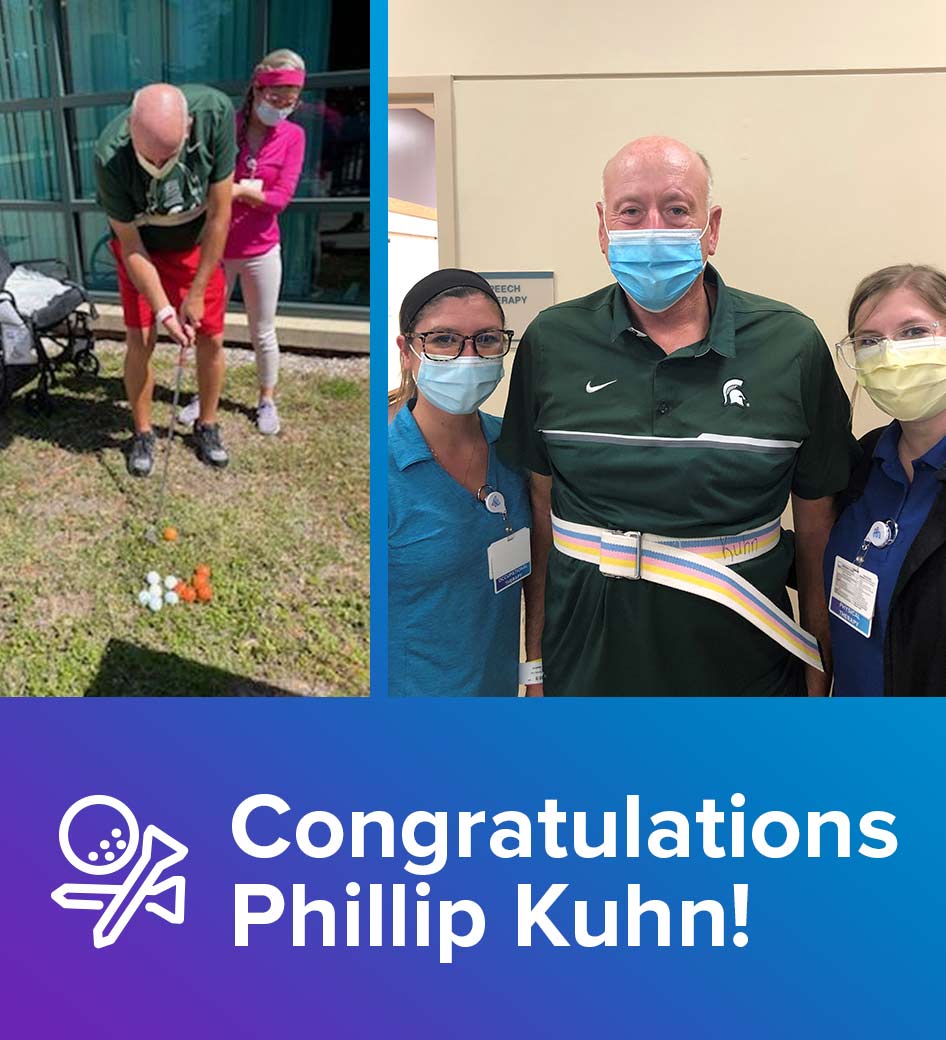 Prior to his stroke, Phillip Kuhn played tennis once or twice a week and golfed three or four times a week, walking all 18 holes. When Phillip came to our hospital, he couldn’t stand on his own. Prior to discharge, though, he was walking 400 feet.

“There’s progress almost every day that I can see,” Phillip said. “I’m going home with the ability to take care of myself. It’s obvious the people who are helping you care about what they’re doing and that’s a big thing. I never realized how scary a stroke was. And they’ve given me a lot of education as to how to prevent it, with the realization that I’m at greater risk now that I was before I had my stroke. Everybody has been very motivated to see me succeed. It’s great that I was motivated, but it also helps the therapists were motivated. I’m going to be leaving here a lot stronger than when I came in. I feel so thankful that I had a second chance.”

Madeline Juttelstad, physical therapist, incorporated Phillip’s hobbies into his therapy with the help of his wife. “He’s very motivated, and he made a big effort in incorporating his hobbies and interests into his therapy,” she said. “He had his wife bring in his hiking sticks, and we went out to the grass, and they did a little chipping and putting. He took control of his own therapy and knew what he wanted to work on.”