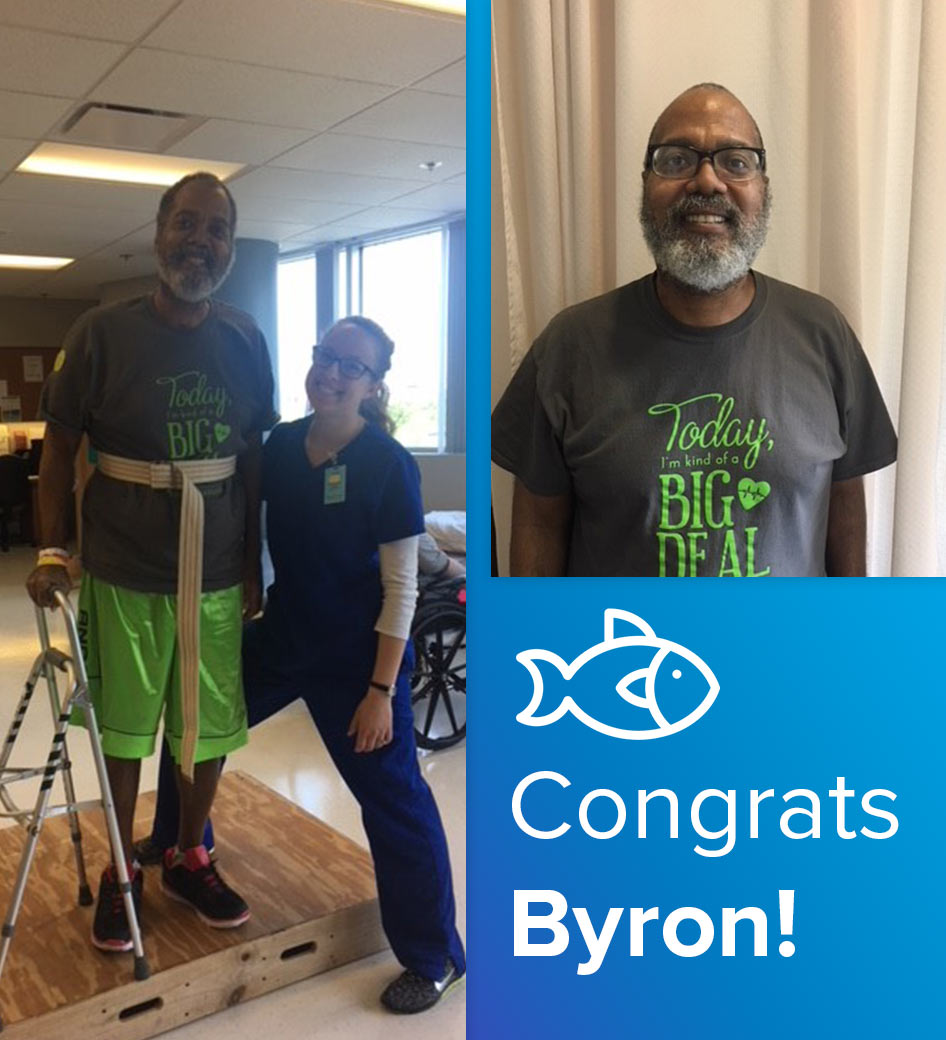 Bryon Jefferson, 51, was enjoying an evening out to dinner with his family in St. Charles, Missouri when he and his 10-year-old son spotted a photo booth inside the restaurant. Wanting to preserve the memory, the two decided to take some silly pictures.

“All of the sudden, I felt terrible pressure in my chest and I couldn’t breathe,” Bryon said. “My son ran out of the booth to get help; he saved my life.”

Bryon was rushed to the hospital where he immediately underwent surgery for an aortic dissection and several blood clots. His cardiac emergency became more complicated by a significant stroke, an additional surgery for compartment syndrome and a severe infection. His liver and kidneys began to fail, and he spent several weeks in the intensive care unit on a ventilator.

Forty-seven days after he arrived at the emergency department, Bryon was medically stable and his physicians sent him to The Rehabilitation Institute of St. Louis for an intensive inpatient therapy program. Upon admission, Bryon was unable to walk, use the restroom or even comb his hair. He was feeling down but his nurse practitioner, Naomi, gave him a pep talk.

Bryon became a cheerleader for other patients as he progressed through his own rehabilitation journey. His positive attitude and smile were contagious.

On Bryon’s “check-off day” he walked around the therapy gym with the help of a walker, over obstacles and even up two flights of stairs. He no longer needed assistance doing things like getting in and out of bed, dressing himself or using the restroom.

As Bryon continues to work toward new goals, he shared that he is most looking forward to, “Going fishing, and then fishing some more.”